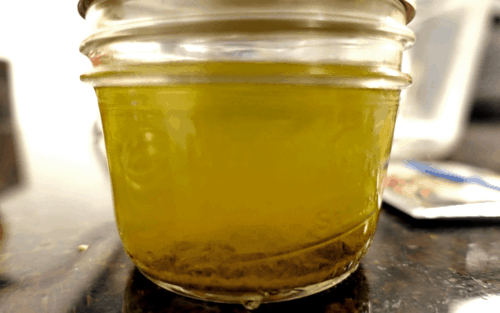 A Vancouver health and wellness company will be among the first to produce a line of cannabis-infused beverages in Canada.

Vancouver-based Phivida announced on Thursday a partnership with Ontario’s WeedMD that will see the two operations “form a joint venture focused on cannabis-infused consumer products,” per a news release.

The new company will be known as Cannabis Beverages Inc., or CanBev, and plans to develop a production facility at WeedMD’s 610,000 sq. ft greenhouse facility in Strathroy, Ontario.

But lest you think these drinks are designed to get you high, Phivida has made clear that their drinks are infused with cannabidiol, or CBD, an active cannabinoid that does not have the same psychoactive effects. Rather, CBD is known for the feeling of general wellness it provides, as well as claiming to provide health benefits.

Furthermore, Phivida derives its CBD not from marijuana but from hemp, where it is prevalent in higher concentrations.

“This market is going to evolve. It’s not going to be just about getting high,” MacDougall added. “It’s gonna be about producing consumer products that are safe and healthy and people can trust.”

Needless to say, CanBev has work to do in educating the public about the differences between cannabinoids.

Per a release, Belfontaine lauded the partnership, which will combine Phivida’s portfolio with WeedMD’s infrastructure, allowing the two companies to begin building “towards a leadership share of the global cannabis infused CPG market.”

“WeedMD is the ideal partner for Phivida, as they provide CanBev Inc. with a solid infrastructure, strong management, and proven success in the Canadian health care market. CanBev marks the fulfilment of our dream to bring Phivida’s premium CBD infusions to medicinal cannabis patients across Canada.”

Both Phivida and WeedMD see a major market springing up for CBD-infused beverages in particular, as people begin to recognize the health benefits of cannabinoids.

“Canadian medical consumers, especially those in long-term care and assisted living facilities, need these products as they integrate cannabis into their medical treatment plans,” said Michael Kraft, Chairman of WeedMD. “We are eager to work alongside Phivida’s world-class management team.”

Phivida has attracted a very experienced management team, comprised of senior executives from several beverage and branding industry giants, such as Red Bull Canada, Seagrams International, Proctor and Gamble, and McKesson’s. The executives bring a wealth of knowledge to the venture, as well as distributions chains for the products.

A timeline has not yet been established for the release of CanBev’s new product line. Phivida stressed the need to take it slowly and focus on quality-assurance and proper procedures, especially as they set a standard for the developing industry as the first facility of its kind in Canada.

“There’s obviously lots of work that needs to be done,” said Belfontaine, “so we’re just gonna get to work.”