Here’s what we know about who uses cannabis in Canada, and how 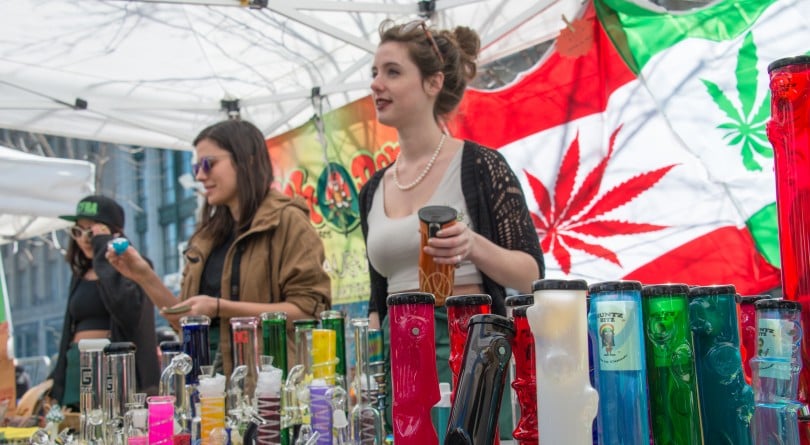 Posted by Terra Ciolfe on 4/21/2018 to News
Here’s what we know about who uses cannabis in Canada, and how
New figures from Statistics Canada provide some of the clearest pictures of cannabis consumption in the country to date People marking 4/20—national weed day—this year are more likely to reach for the traditional dried cannabis product than for a vape pen, according to new survey results from Statistics Canada.

Edibles were the second most common product, followed by hashish.

The results are from the first round of a new survey from the statistical agency which looks at who’s consuming cannabis, how they’re getting it, what products they’re using and how they’re behaviour might change after legalization. It provides one of the clearest pictures of cannabis consumption in the country to date.

Here’s a rundown of some of the other results:

Across the country, 14 per cent of Canadians aged 15 or older reported using marijuana in the previous three months – that’s a total of nearly 4.2 million people. Of those who used it, 40 per cent used it “daily” and 30 per cent used it “once or twice”.

Young people are also more likely to use cannabis than older Canadians, according to the results. Nearly one in every four people under age 35 reported using it in the past three months, compared to around 10 per cent for those aged 45 and older.

Use was also slightly higher for men (16 per cent) than for women (12 per cent). Majority of people consumed the dried flower (76 per cent). Newer gadgets such as vape pens and concentrates were less common. Regardless of the type, nearly a quarter of the respondents said they spent more than $250 on cannabis products in the past three months. How Canadians get their pot

Canadians are also more likely to go to those they know to get their supply, according to the survey.

More than 30 per cent of respondents got their cannabis from a friend or family member, while an additional 20 per cent got it from an acquaintance. Dispensaries (19 per cent), online producers (14 per cent) and authorized retailers (11 per cent) were less common.

While the survey allowed for multiple responses, more than 70 per cent said they got their weed from only one source in the previous three months.

Half of the consumers, however, said they’d change how they buy their weed after legalization. If weed was legalized tomorrow, nearly 80 per cent of Canadians said it wouldn’t change how much they consume, regardless of whether they’re regular users or not, the survey found.

Legalization will also mean more to those who are already using it. Of those who haven’t used cannabis in the past three months, only six per cent said they’d likely try it or increase how much they consume. For more regular users, that number jumped to 24 per cent.